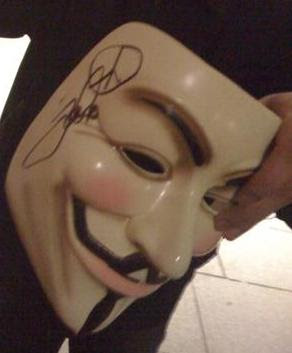 Not only did Cruise get the mask back from the guard and sign it, he also added a peace sign! Now that's a mask that will go down history! Not only is it a V mask signed by Cruise himself, it also gets a peace sign on it - adding a very symbolic dimension to it!

Stunning is stunning...
No comments: Links to this post 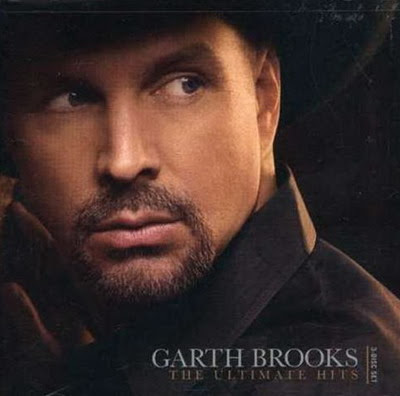 When I posted about Jett Travolta's funeral, I had a lot of hits from people seeking to know whether Garth Brook was a Scientologist.

Truth is that I don't know. A first search on the Internet did not reveal anything. All we know is that he is friend with the Travoltas.

I must admit that until then, I never heard of Garth Brook. This maybe due to me being a Belgian lost in space, and the fact that in Belgium we don't much care about country music to start with.

However, I did see him yesterday at the Obama Inauguration. He was good, and surprisingly he was the only artist allowed to give three songs in a row, even though there were high profile singers there, among whom my top favorite Shakira.

I reckon from that, that he must truly be a big star in the US.
No comments: Links to this post

Although this article is unrepresentatively titled "German Critics Slam Cruise", it ends up writing about the warm welcome it overall received in Germany:

"The respected daily Sueddeutsche Zeitung was also pleasantly surprised by the movie.'Based on everything the film was accused of and how much could have gone wrong, you could almost call it a triumph,' it said."

This is now no big news anymore, but the article also comes up with a surprising revelation:

"Culture minister Bernd Neumann hailed the film as 'successfully helping a chapter of German history that is little-known abroad becoming common knowledge'. Berlin even subsidised the film to the tune of 4.8 million euros (S$9.4 million)."

By Jove! With critics claiming that paying to see the film is like subsidizing Scientology, I could even have titled this blog entry "Germany Subsidizes Scientology with $10 Milliion Donation!" - but that would be really pushing it a bit too much ;-)
No comments: Links to this post 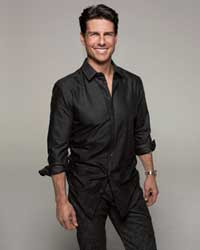 Cruise bears no grudge: "BERLIN - HOLLYWOOD star Tom Cruise said on Tuesday he bore no grudge against Germany despite the controversy surrounding his new film 'Valkyrie' ahead of its European premiere in Berlin. [...] 'We were making the film and all the local people were being very supportive. Then ... there was this kind of controversy that boiled up and I think if anything, it brought us closer together,' he said. 'Everyone was even more committed if that could be possible to doing the very best we could.'"" 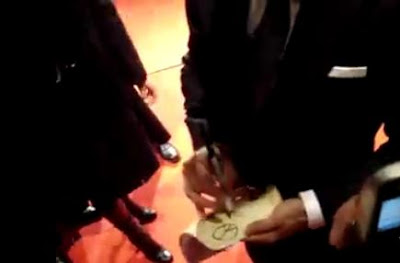 You have to watch attentively what happens at the beginning because it is not obvious in first view. A security guard gets the mask of an anon and does not seem to want to hand it back. Cruise asks the mask from the guard, draws a peace sign, autographs it, and give it back to the anon!!!
No comments: Links to this post 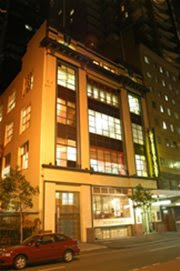 The Church of Scientology Sydney seeks to add two floors to its five-story building neighboring historic St George's Presbyterian Church. The overhaul would cost $12 million ($US 8).

The article also cites petitions and mentions anti-Scientology protests, but these are now mostly mere annoyances that actually make Scientology look good in contrast. The more significant news I find in this article is the one about expansion of the building.
1 comment: Links to this post 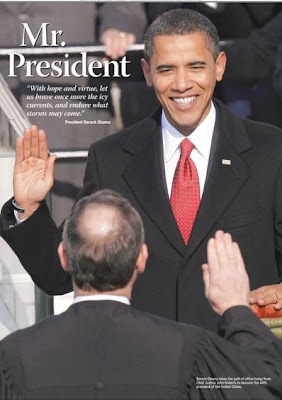 After eight years of crossing the desert with a (unfortunately criminally not funny) retard as President, a new dawn points up. This double historic moment (first because it gives hope after desperation, second because he is the first half black president) ought to be recorded among the top moments in human history. Well, we'll see... I don't think there has been an equivalent wave of enthusiasm and hope for the US and the world since Kennedy, and yet Obama still

has to deliver...
No comments: Links to this post