On Jul. 2, 2008, I made a blog entry pointing to the strange fact that Gerry Armstrong, who made the "Affirmations" public, destroyed the hand-written original. I argued that I could not see the rational of destroying such a historical proof, especially since Armstrong was already a fugitive of the law at the time.

This makes the authenticity of the documents dubious, to say the least.

The "Affirmations", or the "Admissions", as they are alternatively called, is a hand-written document supposedly written by L. Ron Hubbard, wherein Hubbard makes all kind of quasi-satanic affirmations.

If proven true, these would be very damaging to Hubbard and Scientology. Unfortunately, all we have is the word of Armstrong, someone who conclusively proven by blatantly violating the terms of his settlement, for which he received $800,000, that his words cannot be relied upon.

The link above points to a full scale research page documenting the possibility that the "Affirmations" may have in fact been written by non other than Gerry Armstrong himself.

ARS discussions on that page can be found here. 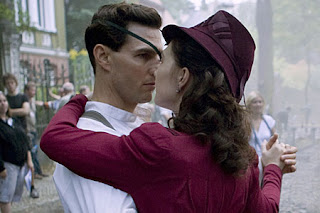 Germans flock to see Tom Cruise's Valkyrie | Metro.co.uk: "But the public have ignored the naysayers with the film topping the foreign box office and performing best in Germany."

Note that he was charged with forgery too, giving some indication of what the blackmail content might have been.

Bahama Cops: Obie's Still in Our Crosshairs - TMZ.com: "As TMZ first reported, the subject of the alleged plot is NOT a photo. Rather, it is a document."
No comments: