I posted yesterday about a Scientology Christmas message that was quite typical of Scientology 2, with L. Ron Hubbard setting off on a tangent about Scientology being "the only hope" for Humanity...

The following message is much better, and I would tend to agree with it.

It's about the meaning of Christmas for Scientologists, and the fact that Scientology is a sort of non-denominational religion, a bit like Buddhism, something hitherto unknown to the West.

The poster is obviously more moderate in his approach than the Founder himself.

Quite ironically... but maybe not that surprisingly. I have seen, for example, some Muslims who managed the remarkable feat of interpreting the Koran in a moderate way and live a more gentle life than many people who call themselves Christians.
No comments:

The historical reason for the title was that I already had a blog named "Another Look at Scientology" but which I wanted to keep for important news only, whereas on the "Scientology 2" one I would just post my day-to-day ramblings.

In practice, though, that does not work so well so I will transfer the posts from my old blog to this one and get rid of it.

The URL will stay as it is, though, because I can't change that. Though I own the one without the "2" too, it would be too much of a burden to transfer everything to the old blog, just to align the URL address with the title. It's not because it's an "Uniform Resource Locator" that it really needs to be uniform. It only is an address after all, i.e. a series of meaningless series of electrical impulses with the sole purpose of locating where in the World Wide Web is that particular blather.
No comments:

"It's extremely intellectual and clinical in its approach to problem-solving, which really appealed to me."

This is pure Scientology 1, and is one of the things that people find attractive in Scientology i.e. a new, quasi-technological, way to approach old concepts, with some new and original ones injected in the process. It's not faith-based...

"They have a lot of very good technology. That’s what really appealed to me about it. It’s not faith-based." 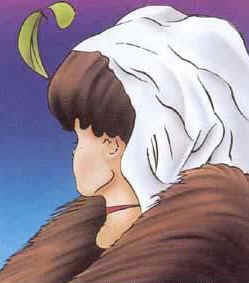 The key to understand the Scientology controversy is to realize that there are TWO Scientology.

Scientology 1 is a rather cogent, original, and far-reaching system.

Scientology 2 is a cultish trap, a network of us-vs-them concepts that actually prevents Scientology 1 of ever becoming potent.

The two Scientology are separate but closely inter-linked. One reason for this is because both come from the same source, namely, L. Ron Hubbard.

In effect, what Hubbard did was to "squirrel" his own tech. First he came up with something remarkable, then "added" things like "the only hope for humanity", and "SPs", that made it in effect impracticable in society.

Of course Scientologists do not usually see the other Scientology (Scientology 2), just Scientology 1, and if they do they dismiss its meaning.

Critics do the reverse, they focus on the Scientology 2 and don't really see Scientology 1. If they do, they will likewise dismiss its meaning.

Both are wrong and right at the same time. They just get a partial view of what is in fact a complex reality.

It's a little bit (though not quite) like the optical trick in the picture above.

People will either see a beautiful young girl or an old ugly woman. Usually, if they see the young girl, they will have a very hard time to see the old woman, and reversely. If they finally succeed to see the other face, they may not get to see the first face again...

Then take into account that mental illusions are considerably more difficult to see and get rid of than optical ones...
3 comments:

wistv.com has an interesting article that provides us with more insights on Cruise's motivation to push through with such a film:

Cruise said he was struck by Von Stauffenberg's elaborate plot, even to the point that he believed the script doctored history for the sake of suspense. "When I put it down, I thought, this can't be true," he said at the film's press day in New York.

Cruise felt compelled to share the story. "It's important to know that it wasn't everybody — not everybody felt the way [Hitler did] or fell into the Nazi ideology," he said. "I grew up wanting to kill Nazis and wanting to kill Hitler, and remember thinking as a child, 'Why didn't someone just shoot him?' So it's an important story to tell.

Another sign showing how Cruise was personally motivated to do the film was Singer comments:

"As a director you always feel that nobody cares about the movie as much as you do," Singer said. "With Tom, you get the rare honor of having a partnership with someone who cares about this movie as much as I do. We experimented, and it was phenomenal because anything I'd ask he'd be like, 'Let's do it.' There was never a lack of wanting to try and never a lack of trust."

There is, however, another aspect I found of interest through this interview.

On top of the story itself, and Cruise's own background as a child, I think that what also motivated him was the parallel of someone standing against the prevailing mob propaganda of the time, and his own standing regarding Scientology:

"The thing that stood out to me was Stauffenburg himself and the amount of desperation and pain for him," Cruise said. "He wanted a moral country that participated in the world, not one of annihilation and Holocausts and world domination. He was a man who was able to see through all the propaganda and see how utterly insane Hitler was, and ultimately he was the one to say, 'Somebody's got to shoot that bastard.'"

The two situations are of course not comparable, because at the time it would have cost you your life to stand against the wave (not speaking of attempting to kill Hitler!), but it does take some courage and insight to be able to stand up to any form of ignorance and prejudice when they are being echoed and perpetrated by the masses, and I believe his own experience being a Scientologist in today's world may have been one of the reasons Cruise found the scrip to be admirable.

Not that I agree with him on Scientology. I think it would take more insight even to quit the movement, but I place myself on his perspective, and from his perspective his stand is quite admirable, because he holds it against the world as, for him this is what he believes in.

It would take more than the stupid bashing fanatical critics call "criticism" to get Cruise out of Scientology, and in the meantime this kind of "criticism" is no better than mob hysteria indeed.

"I've had lots of luck and earned much money during my career. Now I don't do movies for the money. I pick the projects that I feel like doing, and lots of people earn a lot of money with me."

"... and the certainty of being branded a traitor to his country - because he knew it was the right thing to do [...] As he elaborates, it's apparent that he identifies with von Stauffenberg on some personal level that he can't quite verbalise. And it strikes me that what he's saying about the man's character is very similar to what he wrote in his eulogy for his friend Paul Newman [...] When I point this out and the conversation shifts to Newman[...] "Paul lived with such dignity and left such a legacy - as an actor and a philanthropist - that words can't do justice to his accomplishment." [...] "Now that I think about it," he says with a smile, "this idea is probably one of the reasons that made me want to make Valkyrie. Like Paul, von Stauffenberg is a good role model. So I guess you could say that both men have been a gift to me."
1 comment:

axcessnews.com has an article that could have been written by a fanatical anti-Scientologist, so biased and unrepresentative it is.

Indeed, it makes it sound in the title, and throughout the article, as if film critics unanimously gave the film and Cruise two thumbs down.

It obviously is not true when you check out the facts through actual film critics web sites such as Metacritics, RottenTomatoes or IMDB. In fact, it is blatantly false and quite a shame for that web site and its author.

Here are some pearls:

critics say that next to the line up of British actors, Cruise's acting bombed more than the plot to kill Hitler

As for the anti-Scientology bias of the author, it comes out quite clear through this sort of sentences:

Anytime the Scientologist Supreme bows down before a hack pseudo news anchor and kisses butt in order to promote a movie you know he's been bent over the contractual clause of his contract.

John Brown reported another instance of such a press article on his blog.
No comments:

User reviews are slowly getting in the direction I predicted in previous blog entries when I said they would be better than that of professional critics.

From 5 users votes on Metacritic, it now grew to twelve, and the ratings went from 60 not 70.

No user reviews yet quoted on RottenTomatoes but the tab does say 72% for some strange reason.

As for IMDB, actually the most important and representative one, it gets a 67% after 777 votes.

So, with professional reviews hovering around 60% and user review hovering around 70% so far, and with a solid to very good gross income of around $8.5 million on opening and $17 million estimated for the four days holiday, Tom Cruise may be in pass of winning his bet (which, as mentioned earlier, he already won for himself anyway by pushing ahead with such a film for the sheer intrinsic value of it).
No comments:

Valkyrie - Not So So-So After All

Though overall film reviews may be so-so, it also is in part because it gets a mixture of very good to very bad reviews.

An example of a very good review would be that of gazette.com, who claims Valkyrie is

An example of a very bad review would be that of foxnews, who refers to it (stupidly, as stupidly as the "cult apologists" bashing of anti-cultists) as "Nazi apologia".

While the reviews may thus be so-so overall, it certainly does not call for many lukewarm reactions.
No comments:

With $8.5 million on the opening day and $17 million estimated for the four days holiday, "solid" would be the right world.

However, it could be tagged as "very good" considering the competition (not speaking about all the controversy and circumstances).

Indeed, it had to compete with not less than Jennifer Aniston and Brad Pitt (both setting records for the highest one-day total ever for a film opening on Christmas with $14.8 million ($28 million on four days) and $11.8 million ($21 million on four days) respectively), as well as one of my favorite actor, Adam Sandler, who came third with a one day earning of $10.5 million (and eventually winner of the estimated four days holiday with $33 million).

All the other films opening on the holiday came fairly far from these four.

With very good users reviews and the Christmas season past, it may eventually fare even beter.
No comments: