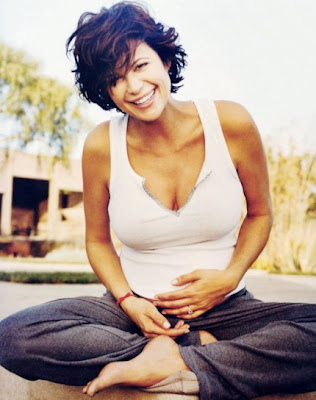 I didn't know she was a Scientologist, but I do know her from JAG, Bruce Almighty, and Evan Almighty.

Do I like her so much better when she is not in army uniform? YES!
No comments: Links to this post 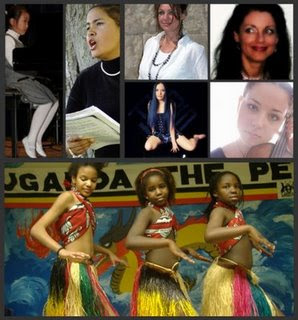 Apparently a Hungarian Scientologist singer living in Sweden.
No comments: Links to this post

"I delete, because you don't care about me, you're here to spread what you THINK is "Black PR", and it's a distraction off of any message."

Check my previous post for example of what she deletes.

"I delete, because you don't care about me.

Magoo claims that legitimate discussion about the inconsistencies between what she says to the press and her affidavit is a sign that the poster don't "care about her". And this is why she deletes, of course, no because it contains uncomfortable truth...

you're here to spread what you THINK is "Black PR".

Magoo calls legitimate discussion about the inconsistencies between what she says to the press and her affidavit "Black PR". And this is why she deletes, of course, no because it contains uncomfortable truth...

and it's a distraction off of any message.

Magoo calls legitimate discussion about the inconsistencies between what she says to the press and her affidavit a "distraction". And this is why she deletes, of course, no because it contains uncomfortable truth...

The plain and simple reason she has been deleting messages that clearly point to the inconsistencies between what she says to the press today and her affidavit from 2003 is because it clearly shows she is lying to the press today. She also has been banning their authors to prevent any sensible discussion on the subject.

The last message, from one Gymoxoq, was not deleted yet - probably because she realize that her censorship has let her opponents now to email people individually and she needs to have some sort of silly justification up to fool people into thinking she is actually addressing the issue, even though she is not, as we showed previously.
1 comment: Links to this post

It happened again. One "gaxeviw" posted four messages in the comments section of Magoo's channel. These were not spam, not offensive, just three direct addresses to comments posted by other posters, and pointing to the discrepancy between what she says and her affidavit. Here is a screen shot after the first three messages (click on the picture for a bigger rendition): 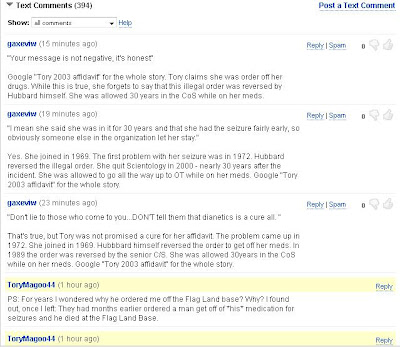 Try to find these messages now. She just deleted them!

The fourth message, that was only dealing with some question about religion and not pointing to the discrepancy between Magoo's current claim and her affidavit, is still there. This is how it looks now: 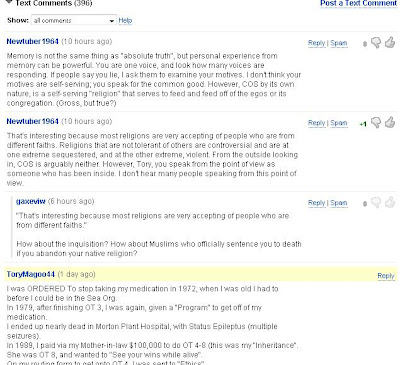 The order is slightly different because, apparently, Youtube reorganizes the comments after a while, putting replies under the posts that were replied to, rather than concentrating on top. Or maybe this is not done automatically, I don't know. You can see on this picture that the comment of gaxeviw, the fourth one that did not point to magoo's inconsistencies, is still there, now as a reply to the message that was addressed. However, the three other messages are not there anymore. They have been deleted by "free speech" Magoo.

See below an example of Youtube (automatic) reorganization. The Magoo comment you see in the first picture, which was the last message in replies she made to herself, is now indeed below the message she replied to, on the last position: 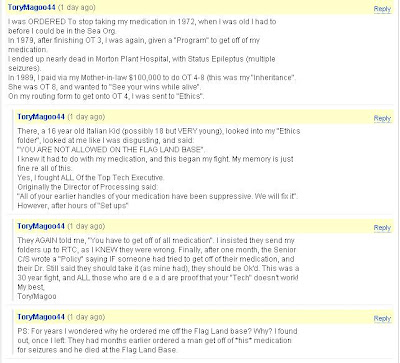 You may think that they are now under the messages that were replied to rather than at the top, but it is not the case. You can make a search on the string from the original message replied to, and you will find the message without gaxeviw reply underneath. Check it out.Messages by one "FreedomDignity", who also questioned her on that subject, were not deleted, but those from gaxeviw were, as where those by two previous accounts, which she also blocked from posting again, just like she banned gaxeviw too.

Remember this the next time you'll see Magoo carrying her "CoS is against free speech" sign!
No comments: Links to this post 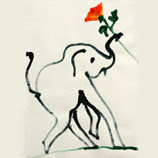 Yepee - I now have my very own elephant painting!

Ever since I saw that video, I vowed that if ever I go to Chang Mai, Thailand, I will go and see that amazing feat. An elephant painting a self portrait!

One of the reasons I wanted to see it was to check if it was really true. Well, it is! It really is the elephant himself who paints it! Of course, you can see that the Mahout is holding her ear and speaks to him, so almost for sure the mahout is the one who directs the brush, via the elephant, but nevertheless!

It also has to be said that this particular elephant is a very nice being. It actually is a she, a young girl elephant born in 2001 and named "Hong". She even kissed me! OK, I gave her some banana for it, but nevertheless. I still remember to this day her soft breath on my cheek...

Then she was also the one elephant among the pack who was allowed to swim freely on to the other side, ran a bit there like a dog let free, and then came back on its own volition. Clearly a superior intellect and character, for an elephant, that is.

What surprised me was that those people there in Thailand do not seem aware that this elephant is world-famous. It was impossible for me to know while in Chang Mai where she was working. In desperation I just went to Maesa, the most known elephant camp, something like 30 km from town, even it was clear that Hong was not working there. Luckily, when I arrived there and asked for Nong, finally someone told me that she was working in another elephant camp, called Maetamann. They don't have their own web site, and they are selling her master pieces at the same prices as other paintings! As I said, they just seem unaware that they have among them a precious jewel that is worth much more!
3 comments: Links to this post

This may look like constitutional free speech religious issues have only recently caught the attention of some sort of independent established attorney, Scott Pilutik, that in addition is associated in the same paragraph as a "respected UCLA professor".

In fact, Pilutk is a veteran anti-Scientologist who was still a student at law not long time ago and. to my knowledge, was a biased Scientology critic long before he even started studying law.

Since he supported the Kady O'Malley and Rob Clark driven ban against me on their pet IRC channel, whatever he would write about "free speech" does not have much credibility in my eyes.
No comments: Links to this post

HIV+ Rumor Only a Rumor

It is common knowledge that Happy Smurf is Gary Scarff, and Scarff himself has made public his alleged HIV+ status. It is thus deceptive to give the impression that this was some secret that Scientology obtained from his private health record.

I do not know about AGP, though the article notes that "Happy Smurf and AGP have confirmed they are both HIV+", whatever that means.

Besides, how does Graham Berry knows any of this, since by his own account he was not allowed inside the gate?

Now, this being said, IF true (and that, as you would notice, is a big IF), it is of course totally irrelevant that the protesters are gay or HIV+. If the CoS really obtained information from their private health records and were using this against them it would indeed be outrageous. But how do we know this is true? Critics are already jumping all around on what is only a rumor, with as the only source it seems Graham Berry, a notorious biased and unreliable anti-Scientologist. This rumor is already considered as a fact by critics who are already jumping the gun and blindly shooting everything that moves.

I have been blogging last January 6, about what appeared to be a ridiculous ordinance preventing critics from picketing Gold base.

However, what the article did NOT say, and what apparently was also concealed by critics, is the following information to be found in that article:

"However, the revision preserved Anonymous' right to protest in its usual position across from the main gate"

So, during all this time, critics were protesting about a supposedly anti free speech ordinance when in fact it preserved their right to protest in the position where they protested before?

Furthermore, we also learn of new developments as well:

"At one point, the Sheriff's Deputies emerged and their Sergeant informed us that Scientology and the Riverside County's Legal Counsel had worked out an interpretation of Ordinances 884 and 888. Provided we did not use the name of any living Scientologist specifically, and only protested Scientology generally, we could protest up and down both sides of Highway 79."

For the rest, I am highly skeptical of the article, considering the source. IndyBay has indeed been so biased against Scientology in the past it could virtually be considered as a critic mouthpiece, with all the cultic thinking that goes with it. I would need to wait for more reliable source before considering what they claim as a worthy news item.

I already note, however, a couple of fallacies, which I blog about separately here and here.

Chicago dentist to settle forced Scientology, harassment case -- chicagotribune.com: "A Chicago dentist has agreed to pay $462,500 to settle federal allegations that he violated U.S. discrimination laws by sexually harassing workers and by forcing employees who wanted to keep their jobs to submit to indoctrination in the tenets of Scientology. [...] A consent decree resolves a lawsuit, but doesn't include an admission of guilt by the defendant."
1 comment: Links to this post