These automatic translations are sometimes just hilarious. I could not resist this one!

Maybe 16.5 years is now old enough for consumption...
No comments: Links to this post

"'We protested from 3 pm until 6 pm... scarring scilons back into their turtle shells...We got a couple honks and a lot of 'Fuck you' and 'You guys are the KKK!' from people driving by...I took pictures of...their license plates for your enjoyment.'"

One of Shallonymous' initial aims was to help "scilons escape the cult". By the quote above, they are not very successful at it and seem content of just "scarring scilons back into their turtle shells". Was that ever their noble initial purpose? These protests have now degenarated in just stalking and annoying the "clams". It serves no constructive purpose whatsoever anymore.

Note that this happened during the Feb. 7 Clearwater monthly protest, where five (read: 5!) anons protested, whereas last year in Feb. they had 150, and last Mar. 300! Now they have 5! Add this to the stats I reported last Feb. 8 and behold the sublime decadence of a movement that started well but could not keep up because they were unable to digg futher than a few millimeters down the real issues. That's why I now call them Shallonymous.

Another trend I observed lately is that because of the low numbers they are now too ashamed to call what they do "monthly protests" anymore, and pretend these are just "Flash raids", even though it happens on the date of the monthly protests!
No comments: Links to this post

Marty Rathbun Sees Through the Web

Marthy Rathbun posted two messages in the Exscn forum. I quite agree with most of what he says, except that his skill at breaking his stance into paragraphs does not seem better than his skill at making web pages, but that's admitedly a minor point.

"One of Scn's greatest problems is its instilling of the “us vs. them” attitude in members. Having studied deeply of the causes of its conflicts from the outset I can see how the old man fell into that trap. I am not arguing it was justified or not. Unfortunately, it is largely responsible for the unproductive, divisive and, for some, traumatic current scene in the margins between Scn and former members. From my short encounter on this site, it appears some folks are still dramatizing what they consider is the winning valence. Example given, people instructing me what to say and to whom to say it and when sort of suggests a cyber SP Hall."

Needless to say, anti-cult fanatics have been hassling him to come over their side, and to "come clean" by taking on their cause - not something I would personally recommend, at least not in the way most critics engage in that "Cause".

[Note: I originally wrote "as if doing nasty things on the other side is going to offset the nasty things you did on the one side..." This has been criticized on the ESK board. Although this is obviously not what anti-cultists ask him to do, that's what most of them end up doing. Nevertheless, I must admit that their criticism is valid, in that I should not have put it that way, and I got carried away. I've tried to express my thought in a better way now, as above.]

I am glad that, so far, Marthy could see through that web of illusion.


Related blog entries: R-Rathbun-
No comments: Links to this post

Ursula Caberta Wants to Give Up

Ursula Caberta is angry that her job as head of the Working Group on Scientology is not valued enough and has asked a transfer.

Recent news have been devastating for Caberta.

On Nov. 22, Germany declined to ban Scientology, with comments that clearly showed Caberta's allegations to be ridiculous.

On Jan. 22, Valkyrie, the latest and controversial movie of Tom Cruise, received a five-minute standing ovation in Berlin, in spite of Cruise being a prominent member of Scientology. There is no doubt Caberta considered this and the subsequent success of the movie as another failure of her work.

Her only "success" was to gain the support of Shallonymous - which counts for nothing since they precisely are just that: shallow and nowadays mostly ignored.
No comments: Links to this post 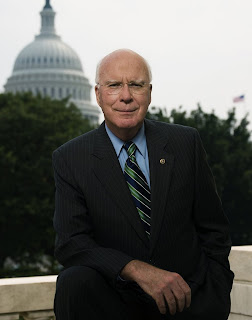 "A U.S. 'truth commission' should probe Bush administration policies including the promotion of war in Iraq, detainee treatment and wiretapping without a warrant, an influential senator proposed on Monday.

Democratic Senator Patrick Leahy, chairman of the Judiciary Committee, called for the commission as way to heal what he called sharp political divides and to prevent future abuses.

He compared it to other truth commissions, such as one in South Africa that investigated the apartheid era."

Excellent idea. I hope it will push through.
No comments: Links to this post