In the Church of Ziontology, the state of Ovulating Zetan (OZ) is a spiritual state above Void. Our illustrious leader X. Con Buzzard, the founder of Ziontology and Trianetics, defined the state of OZ as "a sort of believing in yourself that you think that just maybe you might have a wee little bit of that so called thing I go on about now and then that I vaguely describe at some length as some kind of so called 'cause' over stuff like 'space, time, energy, and matter' and so on". Or whatever. But as a Ziontologist, because “The Buzz” said it, it’s a fact. And because “The Buzz” said it, it becomes a contractual obligation that you believe in all of that abstract nonsense with every fiber of your being for several billion years! And that can be just so incredibly liberating! You have to try it to experience it. It’s basically like wishful positive thinking but kind of like combined with a cocktail of steroids, amphetamines, mescaline and then some. Well, let me tell you that the state of OZ is really, really, really real! And it's worth every penny it costs to get you there! It’s the biggest win ever! At least it is for the Church of Ziontology. And it’s just so fun and easy to believe in it that its just, just, well… you know… just unbelievable!

So how do you get to OZ? I thought you would never ask, Dorothy! Nope, it’s not Down Under, and nope, it’s definitely not in Kansas, at least not anymore! Actually, according to that lovable old Wizard we affectionately call the Buzzard of OZ (you know, the guy who looks and acts a lot like Benny Hill), you just follow the Jell-O brick road. Actually, make that Jell-O Vodka Shot bricks, since that’s what Old Buzz always liked in the mornings. Sounds interesting? Well, for a modest amount of money, you can take eight courses with us in the following sequence:

And when you finish that last course, you finally get it! The "OZ VIII: Truth Repealed" course is a Zoloft-audited level that finally addresses the painful credulity of believing in the whole track thing, and all those levels and other stuff Buzz rambled on about. It also lets one finally see and appreciate the absurdity of one’s own miserable flat broke existence. This brings you to the first actual real true genuine OZ level. There, you finally realize that the great and powerful wizard is a fraud, and you find he is just an ordinary little old obese twit named X. Con Buzzard, hiding behind the curtain. And it brings about a complete and total loss of your rationality and cognitive abilities that finally opens up your path onto the Bridge to Total Freedom. At that point, finally delivers, and you might hear yourself muttering "There's no place like home. There's no place like home. There's no place like home."
No comments: Links to this post

Trabants Can Be Beautiful Too Bi-lingual blog from Scientologist Andrea Gerak. Good to posh up your Hungarian.

Indeed a good photo of a nicely decorated old Trabant.

PS - Budapest is one of the most stunningly beautiful cities I know. Worth a visit! Plus I have been told that partying around the Balaton lake is super hot those days.

Budapest by Andrea Gerak: Trabant
No comments: Links to this post 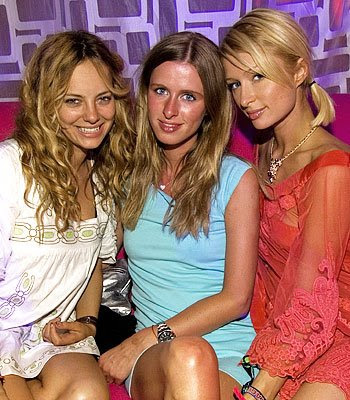 An article written under the false assumption that Scientologists are against medication. The article also fails to make a distinction between medical and psychiatric medicines. Nevertheless, a fancy blog with plenty of posh photos.

Plus I never heard of the "Bijou Philips" character, much less knew that she was a Scientologist.

On the photo: the gal on the left, hanging out with the Hilton sisters.

Wait! I did blog about her boyfriend, Scientologist Danny Masterson.

Furthermore, how can a Senator be arrested? I thought they had immunity.

The Associated Press: Bahamas senator accused in Travolta plot resigns
No comments: Links to this post

USA - Adults Are in Charge Again

The first 100 hours of Obama have been nothing but a blizzard, meeting the high expectation that has been placed on his shoulders. This on its own only increases one's bemusement and admiration of such a phenomenon. Nothing could have illustrated better Obama's election campaign: "Change starting today".

The first 100 days, though may be tougher, but as yet we still are on day 4, of the honeymoon period.

Nobody said it better than Professor Shawn Bowler:"It is like suddenly the adults are in charge again".

The Observer has an outstanding article describing the first 100 hours of Obama's presidency.

How Obama set the tone for a new US revolution | World news | The Observer:

It was as swift and ruthless a transfer of power as has happened in US presidential history. [...]

In his first 100 hours in power, Barack Obama reversed many policies put in place by George W Bush [...]

The new era of Obama dawning in America's capital has begun well, receiving rave reviews from the media and even winning grudging respect from Republicans. [...]

trying to impose a dramatic new direction from day one [...]

Few experts think it could have gone much better. [...]

if anyone can live up to those expectations, it is him. [...]

It is like suddenly the adults are in charge again," said Professor Shawn Bowler, a political scientist at the University of California at Riverside. [...]

At the same time Bush has departed as a hugely unpopular leader, seen by many as a disaster for America, both at home and abroad, and so Obama is seen as almost a revolutionary change. [...]

It began in the first minutes of his presidency, when he delivered an inaugural speech that was a stinging attack on Bush's legacy. As Bush listened, Obama rejected many of the key planks of Bush's rule, from national security policy to the misuse of science. Washington had seen nothing like it since Franklin Roosevelt rebuked Herbert Hoover in 1933 [...]

During the first three full days of his presidency, Obama and his team pushed through a series of measures and appointments signalling a new beginning. [...]

Obama's swift move is likely to rehabilitate much of America's reputation abroad [...]

A similarly hot pace was set domestically. Obama issued three executive orders aimed at increasing the transparency of his government and opening access to presidential documents that Bush had made more difficult. [...]

The pace and calm execution of measures impressed many, though few of Obama's plans were radical. Instead they reflected a firm moderation that typified his campaign message of appealing to middle-ground Americans. "He has done some very smart things. From day one he has also been reaching out to Republicans," said Bowler. "He's getting rave reviews. Even from Republicans." [...]

He has shown some of the charm and humour of Ronald Reagan, the seriousness of purpose of Franklin Roosevelt, and the rhetorical, unifying flourishes of his hero, Abraham Lincoln. [...]

But it is unlikely to last. Obama is riding his huge wave of popularity into some dangerously choppy waters. [...]

But America fell firmly in love with the Obama daughters as their introduction to the world was handled with cool and aplomb [...]

Rarely has an inauguration speech so clearly repudiated the legacy of the outgoing president. Though Obama and Bush appeared to have run a seamless transition, the aura of conviviality ended on the podium. The freshly minted president wasted no time spelling out the changes he would bring to American politics and diplomacy even as Bush - who had been booed by the crowd as he entered - watched as a newly private citizen.[...]

election campaign that had run on a single-word slogan: change. "Starting today [...]

In typical style - and reflecting where power now lies - Obama's chief of staff, Rahm Emanuel, gave their complaints short shrift and mocked the Bush supporters as out-of-touch. "If they didn't know that was the judgment of people, then their subscription to the newspapers were cancelled over the last three years," he said. [...]

Obama had his feet behind the White House desk at 8.35am on Wednesday. His staff were there earlier, many of them skipping inauguration balls the night before in order to prepare the new administration's first full day in power. Obama's chief of staff Rahm Emanuel was Obama's first visitor after giving the new president 10 minutes of private "time for reflection". Then the new White House sprang into action. [...]

A trio of decrees was issued with the aim of increasing the transparency of government, reversing measures taken by President George W Bush that made it harder to gain access to presidential documents. [...]

The White House itself was earmarked for a technological makeover. Many new staff on the Obama team - used to the high-tech instruments of their ultra-sophisticated election campaign - were perplexed by ageing computers, a shortage of laptops and old software that led them to set up their own email accounts. New presidential spokesman Bill Burton said: "It's like going from an XBox to an Atari." [...]

It was the old blood feuds of that troubled region that held Obama's immediate attention. [...]

No one who watched America's first black president dancing cheek to cheek with its first black first lady, as Beyoncé serenaded them at the Neighbourhood Ball, could doubt that glamour has returned to the White House. It was like a scene from a Hollywood movie and created images of fashion and celebrity to rival anything that emerged from JFK's vaunted "Camelot". [...]

The Obamas continue in that tradition, but have added a dose of youthful style and class. [...]

So it was that dozens of ordinary citizens trooped through the famed residency and were eventually led into the Blue Room to meet the new president. It was a masterstroke of PR as the Obamas greeted them one by one. "Welcome, enjoy yourself. Roam around. Don't break anything," Obama told one young man. [...]

It did not take long for the conservative right, abetted by internet conspiracy theories, to pounce. Chief Justice John Roberts bungled the wording of the presidential oath, prompting a flurry of speculation as to whether Obama had been truly sworn in as president.

This was hardly new territory for Obama. During the campaign he had set up a website to debunk rumours ranging from his being born abroad to being a secret Muslim. Once again Obama's team moved swiftly and left nothing to chance. Roberts visited the White House again, and this time administered the oath correctly. [...]

Future setbacks, more serious than getting one's lines wrong, will lead to attacks less easy to deal with.
1 comment: Links to this post 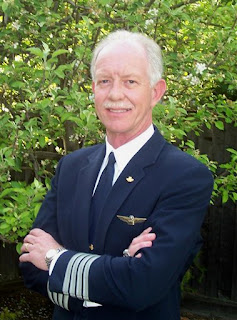 Bloomberg.com: Worldwide: "CBS Corp. anchor Katie Couric will be the first to interview Sullenberger and his crew. That interview is scheduled to air on the television program “60 Minutes” on Feb. 8."

For the anecdote, Sullenberger comes from the same town as my favorite model, Christy Turlington, about whom I created a fan page a few years ago.

Sullenberger's fan based on facebook not surprisingly jumped quite a bit and at the time of writing of this article was already at 1.6+ million.

And no, Tom Cruise, is not preparing a movie about the miracle on the Hudson.

Here's the video of Sullenberger home coming, being presented with a key to the city.
No comments: Links to this post