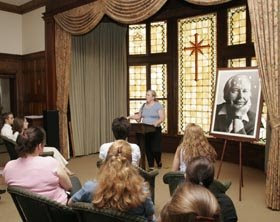 The L. Ron Hubbard Museum has been open as a museum for a few years. It is being hosted in Washington D.C., in the townhouse on 19th Street near Dupont Circle (a block away from the current D.C. Church of Scientology). It is there that LRH held his lectures and is therefore considered as the first-ever Church of Scientology.
No comments:

Another happy Scientology kid speaks out. What is interesting is that, though being born in a Scientology family, he nevertheless was a rebel to it until the age of 15, and his parents did not try to force it upon him. He eventually came to it basically like others outsiders - after being helped through a concrete incident. He has been a Scientologist for the next 25 years.
No comments:

Fox News announces that the reviews of Tom Cruise as Col. Von Stauffenberg in "Valkyrie" are in (though I wonder where they are to be found currently).

The result, they say, is not that good, or so-so, as the commercial success of the film is predicted to be.

Well, that may be, as I wrote earlier, Valkyrie will indeed have a serious uphill walk to success if it ever reaches it. Nothing is done, though, until is done, as previous predictions of same have sometimes turned false.

The article ends by these words:

"Will Cruise’s career be over? Oh no, not by a long shot. But the challenge to resuscitate will be that much more heightened as Cruise — if he’s to stay in the game of movie making — must choose his projects more carefully."

I personally disagree. As I wrote earlier in the same article above, Cruise chose this script because he deeply felt for it, not because he wanted to make a big hit or "revive" his career. That alone makes it a winner, and I hope he will continue to give priority to heart-felt sentiments rather than how an unpredictable market would receive the film. Of course, making a less challenging film would indeed not be a bad idea.
No comments:

Xenu About to Taze People 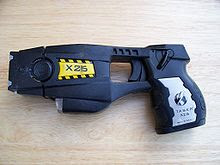 Interesting email sent to the whole Dianetics group on MSN and also posted in the group forums.

The mail makes a parallel between the Godeka incident in 1996, in which a mad man shot and wounded four people in a Scientology church, and the recent Majorski episode where the guards shot Epic Sword Guy before he had time to harm anyone.

The writer also suggests that instead of fire arms (or in addition to them), guards protecting Scientology buildings should carry and use first tazers (stun guns).

Surely, this would contribute to make Scientology even more science-fiction like, but not in a bad way this time.
No comments:

Recently I blogged about how a faction of Anonymous wants to distance themselves from their prankster reputation. In a subsequent article I pointed out the reaction of the original Anonymous to this trend. All the different factions want to find the real cause of the drop in numbers. Another faction of Anonymous decided that it was because Anonymous strayed from the lulz, as is visible through this post from an anti-anonymous website of the supposed Tom Newton (who is not the Tom Newton who posted to ARS).

This is nothing new. Anonymous already attempted this later after the Magoo debacle, something they called "The Return of the Lulz", and which changed absolutely nothing to the situation.

Things have evolved and January 2008 is not necessarily January 2009. The Cos did not crumble after the massive protests, some of the anons got better educated and decided they would have more fun playing Warlords and posting hentails than protesting the CoS which, after all, is not as bad as they thought, Tom Cruise got back some respectability, the novelty aspect of the masks and all that sort of things have now become old...

And therefore I don't think that anything Anonymous will try will bring back the numbers. The best they can do is to get more educated and go beyond the crude presentation made by the Old Guards, unless they want to turn as old as the Old Guards themselves.

"But not everyone in Germany was against the film. Some said the country should be pleased Hollywood was finally making a film about a “good German” that would show that not every German obediently followed Hitler."

This well-written article gives an overview of the film in context of World War II and the various reactions to the film.
No comments: