On July 9, 2008, Anonymous started a thread on enturbulation.org titled

"TIP: Using Youth As A Weapon"

I did not put that much attention at the time but two incidents that happened a few days after this thread makes me wonder in which way that idea didn't find its way in the mind of some anons.

sign, using three masked children. The argument was "why do you deny the right of these small children to buy ice cream?", and the incident was further exploited in outraged titles about "Scientology harasses little girls".

The second incident happened slightly later, in which critics were successful to get the management of mall in the UK to ban the CoS from its premises on the (unsubstantiated) accusation that the stress test was offered to children, something the CoS denies.

See below for details of these two incidents.
No comments:

A family with 3 masked kids were prevented by a Scientologist to go in a Subway shop because they were wearing masks. Later on, LAPD arrived, the Scientologist went away and they were allowed to go in.

Dramatized exploitation of the incident abound:
However, consider this:

The Birmingham Mail.net reports that

"THE Church of Scientology has been banned from a Midland shopping centre after a string of complaints that they had been preaching to children."

We had complaints that kids had been invited to take part in a stress test and were then being asked questions about religion,” said operations manager Colin Quinton."

“Apparently there was one complaint by one person, who didn’t identify himself, saying he had seen children approached and offered stress tests.

“I understand that he did not claim to be a parent of any such children, and no evidence has been presented.

“Our stress tests are not offered to children,” Mr Wilson added.

The reasons I find the CoS report in this case more credible are:

Beck Wins Over His Critics 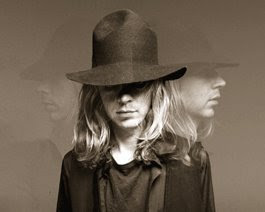 Beck's new album is so good it even wins over his critics:

"Beck, we were pretty much done with you. It wasn't so much the whole Scientology thing. Or the egomania. We just had not been that jazzed with the last few records. But then you had to go and make the record of your career. We always hoped you would get back to the "Mutations" style, but with the addition of some Bowie and some Pink Floyd spaciness, we may be falling in love all over again. Damn you."

"Miss Venezuela won the title of Miss Universe Sunday. Miss USA slipped onstage and fell legs up in a slit evening gown for the second straight year. Ever since Britney Spears started doing their choreography they get a lot more views on YouTube."