Brandy Turned Her Back on Scientology 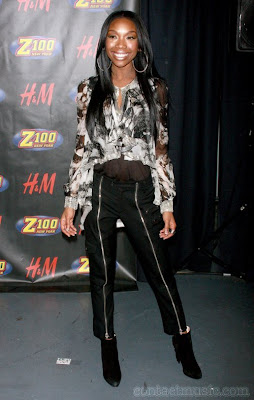 BRANDY - BRANDY TURNED HER BACK ON SCIENTOLOGY: "R+B star BRANDY has turned her back on Scientology after turning to the controversial religion following her fatal car crash in December 2006.

The singer was eventually cleared of wrongdoing a year after the freeway pile-up, which claimed the life of a fellow motorist, but she admits the accident left her seeking spiritual help.

And when one friend suggested she look into Scientology, Brandy considered joining the faith, which boasts Tom Cruise, John Travolta and Lisa-Marie Presley among it's high-profile members.

She says, 'Someone said, 'There're these classes that you can take that can better you as a person.' 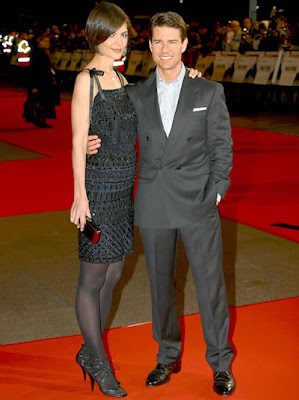 Compared to all that has been said and the tremendous risk Tom took with the movie, it more and more turns into what can now be called a triumph.

The German and UK premieres were nothing but a blitz of praise and glamor.

Here are some photos and excerpts, but it's just impossible to keep up and I only read a very few of the hundreds of articles that came out.

And what about Anonymous, you may ask? Not the least tiny blip of it in anything I have seen from either the German or British press, except of course when Cruise signed a mask!

"He spent a total of 102 minutes chatting to fans and signing autographs! Those who had waited in the cold to see him were no doubt thankful for the hot drinks and handwarmers that Cruise had distributed amongst the crowd. “What a welcome” he said. “And it happens every time I come to Germany!”" [...]

"Thomas Kretschmann (46). Kretschmann spoke about his most exciting day on set: “I had to be on time on the first day of filming, so Tom sent a helicopter to fly me from Tempelhof to the location – even though I am scared of flying. It was simply incredible.”" [...]

"There was a five-minute standing ovation when the film ended. "

The Press Association: 'Cruise's religion not an issue'

"Nighy said: "He was wonderful to work with, exemplary and I would have no idea what his system of belief was any more if he was a Jewish man or he had embraced Islam, any more than I would know what Eddie's thoughts on God were.

"It was not a feature of the working experience. He was a dreamy guy to do business with, he was inspirational and courteous and generous to everyone around him."" (Right: Cruise in Interview with Bild in Germany).

Loads and loads of Cruise pictures on that web site. 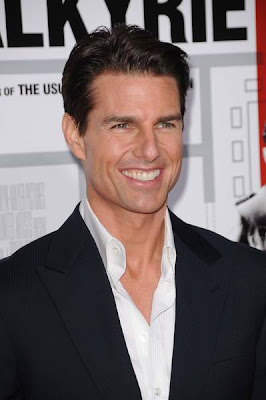 "Tom Cruise stepped out at the London Premiere of Valkyrie on the red carpet but instead of talking about his new film, he got political and urged his fellow countrymen to back President Barack Obama.

Cruise, who was delighted to be back in London despite the cold, said Mr Obama had brought a sense of hope to the nation, but faced challenges which needed the whole country's support.

'He has a challenge ahead and it's up to us as a country, it's not just up to him.

'We have got to support him and I believe he is going to do it”, he continued.

The actor arrived with wife Katie Holmes, who arrived looking svelte and happy after a gruelling stint on Broadway."

"“So with Tom’s working method he wants to work hard, be focused and do a hard day’s work, which is what I like to do. And then we’d all get together and there’d be these big long meal that would go on, which was great,” Izzard tells."

"The pint-sized star bared his pearly whites for the cameras with uber-elegant wife KATIE HOLMES towering over him.

The Cocktail actor beamed at fans with a confidence and decorum only known to A-listers.

When quizzed about his infamous red carpet meet-and-greets, Tom said: 'It's fun. I enjoy it.'" 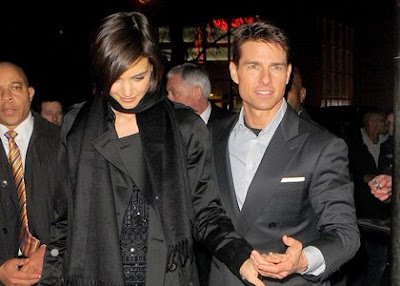 Obama in Full Speed from Day One 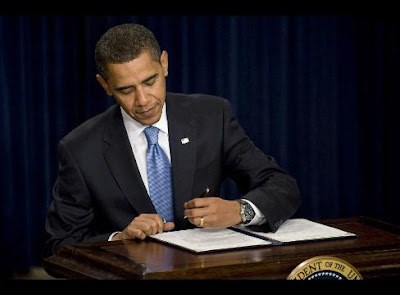 It's amazing the depth in quantity and quality of changes Obama is doing on his very first day...

At this speed I am not sure how long it will take before someone shoot him like Kennedy.
No comments:

Bush Doing a Maximum of Evil Up to the Last Minute

Bush managed to make a maximum of damage before leaving, passing last minute regulations to make sure that freely walking in National parks is made more dangerous and that the fight against global warming is being impeded

The first thing Obama did shortly after taking oath was to freeze all of the pending regulations of the Bush administration but those below were passed already.

I sincerely hope that some kind of karma will catch up with Bush because it is unlikely he will ever be brought in front of a human court of justice for all the crimes he committed.

"Those rules include a 'right of conscience' law that allows medical providers to refuse to offer any practice they find morally objectionable, including abortion and other reproductive-health procedures.

Bush also revised endangered species regulations to reduce the input of federal scientists and to block the law from being used to fight global warming."