The first wave was critics jumping on mourning comments, shooting speculative rumors with both barrels, and massively putting critics in a very bad light.

The second wave are more researched articles, trying to rationalize and justify their pet arguments, that Scientology caused the death of Jett Travolta. Check for example this article:

Tragedy and Conflict Between Medicine and Scientology in the Death of Jett Travolta | BuzzFlash.org

Unfortunately for them, they don't seem to be that more successful in their attempt than during the first wave, and I post here in full one of the comments to that article:

Armchair Diagnosis Unsuccessful to Prove Assertions
Submitted by sunude on Sat, 01/10/2009 - 9:44am.

Unfortunately, though claiming to be an MD, he does not succeed to substantiate his claim that Jett Travolta's death was "very preventable"

I agree with his assertion that "it is easy to see how an anti-medication culture might develop within Scientology". Obviously, Scientologists, like anybody else, need to have a pragmatic approach to their religion, and I think the Travoltas have beautifully illustrated that pragmatism.

The CoS demonstrated that they have this practical approach too. The best proof that Scientology does not forbid the use of drugs for the treatment of seizure is the affidavit of Tory Christman, that can easily be found by googling - "Tory Christman" affidavit 2003. Though this affidavit was initially made for accusing Scientology of putting people off from their medication, it ends up proving the exact contrary. Christman spent 30 years online and on staff, doing almost the complete Scientology "Bridge", while taking her anti-seizure medicine in full view and knowledge of all. Requests by unqualified staff that she stops taking them have been systematically over-ruled by proper Church of Scientology authorities, and by L. Ron Hubbard himself!

The author is speculating as to what method have been followed to stop medications. We may never know, and the parents have a right to keep whatever medical information private. As for his allegation that he would keep the patient in the hospital, I doubt this is very practical or a common practice. The seizures are only occasional, and what would a teenager who is otherwise healthy, and who loves outdoor activities, do in an hospital all day long for weeks on end just waiting for a seizure to come?

By all means, this is irrelevant to the point the author wants to make about Scientology. What does it have to do with Scientology? We could spend months speculating as to what the parents should have done or not, it does not seem very productive.

The question as to whether Jett's supposed autism was improperly treated as a result of the couple's adherence to Scientology is irrelevant. As an MD, the author should know that there are no treatment able to cure autism, that there are no medicine for it, and that it also is not deadly by itself.

His speculation that if jett did not talk then "it would be highly likely that Jett had autism" does not strike me as very professional either. The process for diagnosing autism is complex and generally requires not just one professional, but often multiple professionals. Almost all of the symptoms of autism which must be established also occur in other, similar disorders, so all these other possible diagnoses need to be eliminated as well. There are also many marginal cases where something could be autism or something else, and it isn't easy to decide even after gathering all appropriate diagnostic information. A diagnosis of autism is something which follows someone for life. No competent medical professional would just look at someone and make a snap diagnosis.

This being said, I agree with the author that the defiance of Scientology practitioners towards psychiatry would preclude them from getting a psychiatry opinion. However, given the fact that there are no medicine for autism, nor test to detect it, I doubt this is very relevant. Treatments are at best aimed to improve the patient quality of life, and in that respect we can safely assume that Jett had the best there could be had on this planet.

I also agree with him that so far the Church of Scientology has failed to explicitly pronounced itself on autism. This may reflect indeed some ambiguity. But again, given the above, it really has no importance. The key point are the seizure, and there was no failing on the Travolta/Preston family to at least acknowledge these.

"Scientology has a reputation for aggressively and personally attacking its critics, which is probably why the major anti-Scientology internet group goes by the name of 'Anonymous.'"

This is false. The group known as Anonymous were already known by that name long before their encounter with Scientology.

"But in examining Jett's story from a medical perspective, it certainly appears that for some reason Jett did not receive the medical care he needed and the results were indeed tragic."

I disagree with the assertion that the author as showed anything the like in this article. He pointed out to the possible lack of medical care a Scientologist may be guilty of for distrust towards drugs that would treat seizure, but it appears the travoltas did use them for Jett. He speculated as to whether these were properly stopped, and we know nothing about that. He engaged in a pop psychological armchair diagnostic of autism when no competent MD would do such a thing, suggesting that treatment of the condition may have avoided the drama, when in fact there is no treatment for the condition as such, and the real problem were the seizures.

I don't see where in the least he engaged in an valid examination of Jett'story from a medical perspective. Quite on the contrary, I have reasons to think that this author is as much a MD as I am the Queen of England, and that he may simply be a Scientology critic just posing as such.

His assertion that "Jett did not receive the medical care he needed and the results were indeed tragic" is completely unwarranted and unproven.

This being said, I must admit the article is well-written and each point is nicely developed. The content, however, appears to be influenced by a strong bias, leading the author to draw unwarranted conclusions based on weak arguments.

"Sadly, Jett Travolta may have been the innocent victim of a decades old conflict between the ideas of Scientology and medicine."

This too, the author failed to prove. Simply asserting that Scientologists are cautious towards psychiatrists is hardly enough to prove that point. To date, it has not been proven conclusively that Scientology had anything to do with this tragic event at all.
No comments:

Fresh Intelligence : Radar Online : Celebrities Attend Jett Memorial: "The following celebrities were among the 100 people who attended the memorial service for Jett Travolta:

A source told the Star-Banner in Ocala that the only person who spoke at the service was a female minister of the Church of Scientology. The guests came into the tent for the service and after they were seated, Travolta, Preston and their 8-year-old daughter, Ella Bleu, arrived.

After the service ended, both parents kissed the photo of Jett displayed behind the podium."
No comments:

Carice van Houten: How I learnt to Love Tom Cruise for Valkyrie 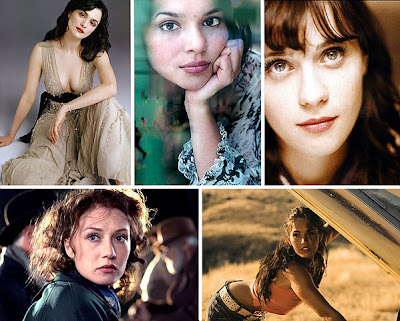 Caprice van Houten stars as Nina, the loyal and long-suffering wife of Cruise's German colonel Claus von Stauffenberg - the mastermind behind the failed plot to assassinate the Führer in July 1944. Here is what she has to say about Cruise and Scientology:

Carice van Houten: how I learnt to love Tom Cruise for Valkyrie - Times Online: "She will later add, for the record, that Cruise was a perfectionist, a pleasure to work with, and that the rumours of German political opposition to Cruise himself were unfounded (the German Defence Ministry was allegedly reluctant to allow filming of Valkyrie on military sites because officials view Scientology, Cruise's belief system, as a cult). “Nobody on set was talking about that, and it didn't feel like a topic that was relevant to anyone who was making the film,” she says."
No comments: