Roberta Armani on the Cruises 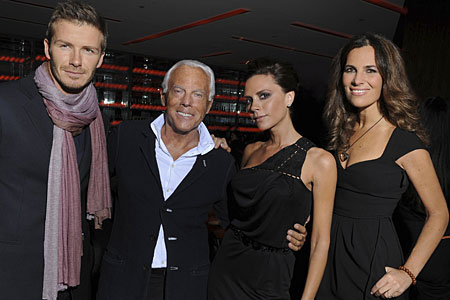 Life as Giorgio Armani's niece - Telegraph: "‘They’re some of the best people I’ve ever met in my life,’ says Roberta of the couple. ‘When I’m with Tom, afterwards I always get inspired – I want to be more like him. He’s very at ease with himself.’ And has he ever tried to sell her on Scientology? No, she says, ‘But if that’s the effect, then everyone should be Scientologist.’ It’s not so much his religion that’s alienated so much of the public, she says, but something else. ‘It’s too much,’ she theorises. ‘People are jealous. Pure envy. I really get upset.’"
No comments: