Another Look at Scientology: Trump Took the Right Decision: "However, I would be outraged at the thought that she would lose [her crown] because she dared express her opinion, even if I completely disagree with it."

That's what I wrote - which does not change the fact that she really is a stupid fascist bitch. I started to watch her press conference today and could not stomach past 2 minutes in it. 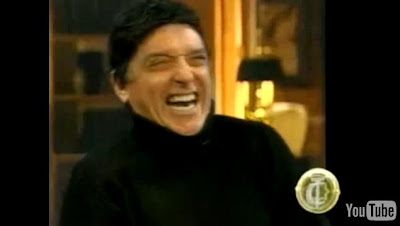 Another Look at Scientology: Crusing the Good Wave: "This being said, I did find quite bad the famous interview leaked on to the Internet and which has been the target of numerous parodies (the funniest to date, IMO, being the SuperHero one). I realize that Cruise made the video for an internal audience and not the general public, something critics don't take into account in their mockery, but really he was not good at it. His arguments were weak and his laugh, well... stupid. By far the worst 'role' I saw him in."

The Irony in this is that the parody video I was referring to has been taken off YT because 'This video is no longer available due to a copyright claim by The Weinstein Company.".

And when you think that the whole Anonyous thing started for a supposedly abuse of "free speech" as the CoS claimed copyright on that video. Now that video, the original one, is still available on the internet but the parody is not, for copyright reason... That's quite funny by itself and highlights the ludicrousness and hypocrisy of it all.

Doesn't matter - I found an even more funny parody, that makes me laugh way more, even though it's shorter. It's the one of Craig Ferguson of The Late Late Show. Watch it - it's truly hilarious...
No comments: Links to this post