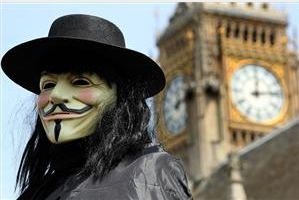 Nicely made Anonymous time line. Starts with Anonymous' fight against the Church of Scientology. I guess this is more or less correct since we could say that Anonymous entry into the hacktivism scene dates from then, even though they did a lot of pranks before.

As for the Church of Scientology, it's largely a fail, mostly because, like for the church's critics, they couldn't avoid the trap of falling themselves in the very travers they were decrying against the CoS.

As for the Arab Spring, I don't know, because it's the first time I read about this possible link, and I am not sure I will have the time or the interest to read it all - but anyway, certainly worth mentionning.
No comments: Links to this post 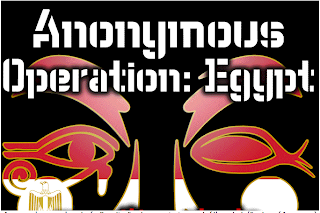 Didn't follow all this mess for quite a while now but Anonymous re-appears in the news as linked to the Arab spring?
No comments: Links to this post