Jada Pinkett-Smith : Scientology, a Religion Just Like Other Religions 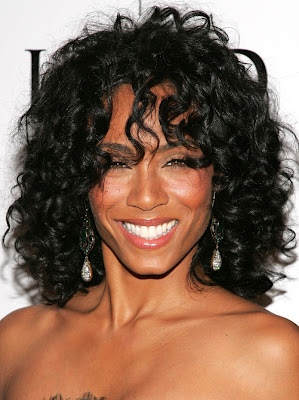 Jada Pinkett-Smith gets candid | USA WEEKEND Magazine: "Another subject she wants to set straight: persistent rumors that she and her husband are Scientologists, like their good friend Tom Cruise. She emphatically denies it, and she admits she thought it was a weird religion -- until she met Cruise.

'I'm not saying that I'm not a Scientologist because I think something's wrong with Scientology -- I want to be really clear about that,' Jada says. But, she adds, 'In knowing Tom, I realize it is a religion just like other religions. Tom is happy. And he is one of the greatest men I know.'"
No comments:

Jackson Knew He Would Die Young 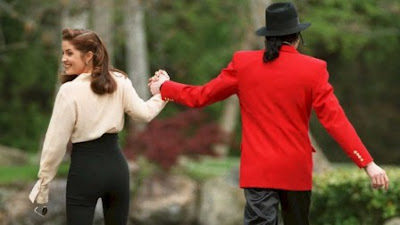 AFP: Jackson feared dying like Elvis: Lisa Marie Presley: "'I can't recall the exact subject matter but he may have been questioning me about the circumstances of my Father's Death. At some point he paused, he stared at me very intensely and he stated with an almost calm certainty, 'I am afraid that I am going to end up like him, the way he did.''"

I would not be surprised. I suspect that whole spiritual and living purpose of ultra-talented artists is their art. They are out on a sort of mission from heaven. When they see that they cannot perform up to their standard anymore, they must not find many reasons to stay around.

Micheal's come back show due in July must have played a role in this respect. It may be that in spite of all his hard work, he just was not satisfied with his upcoming performance In this respect, to die was the best "solution", if it could be said that way, as he was leaving with his legend intact. The show seemed to have been his last effort to get back to the level he was. Seeing he just could not, he maybe thought, supra-consciously, that it was time to go...

Just a hypothesis, of course, but I have been thinking along that way long before, especially seeing mega-stars die early.

I was a kid when I saw the come-back show of Elvis Presley. Really, for me, it really was not impressive at all, and I was wondering why all the fuss about that guy. He only was the shadow of what he used to be, and all this handkerchief throwing and idolization had little to nothing to do with any form of art anymore. Supra-consciously, he must have felt the same, and then "decided" that there was no more reasons to stay down this earth, and that he had better things to do up there.

For some others, it may not be that dramatic and they may go while still successful, but, likewise, they may feel that they have given enough and that it is time to move on to another level, literally.