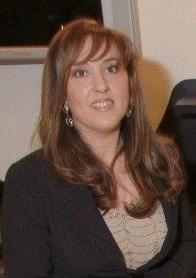 The 8th annual International Silver Chimera Awards ceremony was organized by dell’Arte Etrusca to raise awareness of social issues and recognize those who have distinguished themselves through contribution that improves the quality of life. With the theme, “Peace in the World,” the ceremony was held this year at the Museo Castello Ursino in Catania, in Sicily.

Ms. Leone, a native of Sicily, has been coordinating the social reform activities of the Church of Scientology of Catania since 2005. At a grassroots level, she has been working to educate children and teenagers on the effects of drugs, to help them make educated choices and avoid the tragedy of addiction. She also coordinates a chapter of Youth for Human Rights International, through which young people learn their rights and help educate their friends and community on the basic rights to which every individual is entitled."
No comments: