People have rightly asked for the reference of this and the only thing I found was a 404 page. See my researches here. However, R.Hill did a better job than I and found the videos themselves. Not only that, he even found where on the tape Armstrong made the comments! Something that in all honesty should have been done by RoadRunner. So thanks R.Hill! You can find the post of R. Hill and his interpretation of the tape (that differs from mine) here.

It seems to me at first sight that the statement used by the CoS in their flyer is the one on the second tape (p13 above). However, that tape's sound is terrible. I may web it later on. In the meantime, I will web here the first one (p12), together with the comments I made on the fly, and that can be found here.

I find that first tape interesting because his allegations about just alleging seems more clear, and also he seems to say at the end something about the fact they can always allege it and claim that the CoS destroyed the documents... not sure about that last part, give it a ear yourself. If true then it would make his own claim about having destroyed the original even more dubious.

The sound is not very clear and I am not a native English speaker so I may miss something out of it but this is what I get from it. Others may hear better.

Note that the sound does not always seems synchronized with the image but later on it gets better.

0:00 (4:50 on original) - Rinder: "Now these guys need to have like a personal knowledge of this shit or what? I mean, for what I understand when you write an affidavit you gonna like find guys who have... "

GA: "do you have any personal knowledge?"

(Follows some angry rant from GA among others that the CoS want him dead.)

1:27 (06:12): Rinder "Do we have to find someone who has a certain knowledge of that in order to get an affidavit of those things?"

GA "how much they paid to this? [trying to kill him I guess] (inaudible)"

(something with attorney and that it would cost more...)

(Something GA says about Rinder being a board member and he can't find out even though he is on the board...)

Rinder: "OK, am not asking about where they can find out but whether they need to in order to be able to do this. You see what I am saying, it's like..."

(Rinder seems stunned and to look for words)

2:20 Rinder: " (inaudible) they don't have to have, you know, the documents (inaudible)

I was looking for a program that could split Armstrong video into the relevant parts. Not surprisingly, that was not easy.

I first had to convert the FLV file into AVI. Most of the programs doing that pretend to be free but are not. I only found two really free ones.

One of these is called Super, but it's a freaking 30MB and it still had long to finish downloading when I found the other solution.

The other solution is beautifully explained on the http://worldtv.com/blog/guides_tutorials/flv_converter.php page, including the reason why it is so difficult to find a decent free program to do such.

Once in AVI, it was easy to split using the Windows Movie Makers included in Vista.

I am just writing this to reward that beautiful page above with a link and recommendation, and just in case someone else one day bumps in the same problem.
No comments:

The importance of the Affirmations by Hubbard is it is prime "unbrainwashing" material to leak to Scientologists to get them to "wake up" - alt.religion.scientology | Google Groups:

"To the people like me, former longterm dupes, the Affirmations are instantly recognized as legitimate."

Needless to say, I disagree.

But, hey, I was only 4-5 years in Scientology. Does this make of me a short term dupe or a long term dupe?

Here is a claim that would be worth documenting:

"The Affirmations fully align with a LOT of Hubbard policies and ideas, and to the experienced long term dupe, they read like Hubbard, and follow so many of his principles in later years of writings."

"I’m not posting a link to [Mary DeMoss] blog but it isn’t hidden. I’m sure by now most have found it. I would urge people to leave her be. "

I knew, reading this, that this was wishful thinking. It didn't take long before I saw a nasty attack on her using her blog, and worst even, her private life. Here it is: http://free-from-scientology.blogspot.com/2009/02/hey-mary-panton-aka-mary-demoss-im.html

This "formerly fooled", supposedly "out of the dark", is taking on her to admonish DeMoss on her private life, trying to link what DeMoss sincerely put out about her relationships, to Scientology. She even tries to use DeMoss son against her:

"Listen up, Mary Panton , lobbyist (aka Mary DeMoss). I'm Lobbying You.............. because that son of yours is no joke and someday he's going to read all about you on the internet and all that you've written on your blog and you need to be prepared to be held accountable to the little one you love, a tougher fish than big one that got away."

Is it just me and my deficient English or someone else also think that this type of behavior is abhorrent, from whichever side it comes?
2 comments: 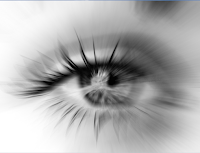 Most solutions, when found, are simple and elegant.

However, they often involve a "higher view", i.e. a thinking out of the box.

As long as we are thinking from within the box, things may seem perplexing and insoluble. We don't realize that the box itself is the problem.

An in-sight is something of a curious, mysterious, phenomenon. It is rarely brought from thought or thinking itself. We can't provoke it. All we can do is keep our house in order and let the window open to invite it in.

Insight is that something seemingly coming from a higher dimension that suddenly sheds light on some issue. It has that crystal clear quality to it, and that quality itself comes within a framework that seems to be made of absolute order and links us with thousands of other qualities that goes with it.

Thought itself will only make you see, at best. the various pro- and con- of something, and since everything is relative, it will never bring the solution, because all of that thinking occurs from within the box itself. We need to invite a higher dimension to shed light on it, but it is not going to happen just because we ask for it. This is why, the first thing we need to do is to get ourselves in the right state of mind. Then insight may occur. Or not...
No comments: