I reported last Jan. 17 how Anonymous was stalking a 15-years old boy and his family for his anti-cussing campaign. Now it appears Anonymous has also hacked the No Cussing Club.

Wikinews, initially in favor of Anonymous' campaign against Scientology, now has a lengthy article exposing this episode.

"Wikinews has learned that the internet group known only as "Anonymous" has hacked the website of the No Cussing Club (NCC), nocussing.com, for at least two days in a row. On day one, the group hacked into the website, replacing the content with links to images of alleged e-mail conversations. The e-mails appear to be from the founder's e-mail account, accusing organization members of forgery and using the site for their own personal financial gains. The website was also replaced with Anonymous's logo and a message. [...]

"It has come to our attention that the creators of the no cussing club, McKay and Brent Hatch have done so at great personal gain. Their material promotes the organization as the brainchild of their 14-year-old son, when actually the material is written by his parents, who also manage his profitable career while using his speaking events to plug their own material," said Anonymous on the hacked website. On Encyclopedia Dramatica, a satire Wiki, they claim further responsibility for the hack and exposition saying they managed to break into McKay and Brent Hatch's email accounts. [...]

In 2008, McKay even succeeded in making cussing illegal in his hometown of South Pasadena, California and has appeared on various talk shows such as that of Doctor Phil. [...]

The e-mails allege that Brent along with his publishing company, the name which "nocussing.com" is also registered under, were trying to set up assemblies in the No Cussing Club's name at schools across the United States for US$1,500.00 per show [...]

On January 19, 2009, ABC News.com reported that McKay claimed Anonymous was sending him and his family hate e-mail and death threats, nearly 50,000 per day, "almost all of them filled with obscenities" and spam. [...]

"the FBI is [working] on it [the case]" including "our attorney and we will press charges" against those who are responsible for the crimes. [...]

In September 2008, the group hacked into BillOreilly.com, the official website of Fox News Channel commentator Bill O'Reilly, exposing personal information of the site's users in a document posted on the internet. [...]

On October 20, 2008, Dmitriy Guzner, aged 18 from New Jersey, admitted to the charges related to carrying out the DDoS attack on Scientology's website. He was subsequently charged with computer hacking crimes and faces a maximum sentence of ten years imprisonment. [...] 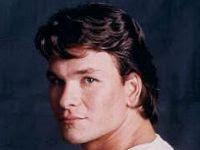 Patrick Swayze Will Write a Memoir Book: "Best-known for the romantic characters of “Dirty Dancing,” in which he played in 1987 and “Ghost” from 1990, Swayze received a lot of Golden Globe nominations. [...] After all the hard times he had been going through, Swayze has followed several spiritual traditions. He studied the Buddhism and Scientology after being brought up a Roman Catholic."
No comments:

It's incredible how British tabloids manage to turn absolutely anything into gloom.

Here is another example. Titled "The truth behind...", which "truth" is in fact nothing more than their interpretation that in spite of all the red carpet glamor "the zombified wife’s eyes screamed “Help”", that her smile was "faked", etc...

Daily Star: Simply The Best 7 Days A Week :: The Goss :: Truth behind Tom and Katie's red carpet capers
No comments:

Exclusive: Elisabeth Moss engaged! - Who's News Blog - USAWEEKEND.com: "As I’m busy packing and settling up last-minute details for my trip to this weekend’s SAG Awards, our Kathy Rowings took a few minutes to talk to one of the nominees, Elisabeth Moss. Kathy reports that the Mad Men actress, who’s nominated for her lead role in the AMC show, has more than just the awards to be excited about: She just got engaged to boyfriend (“actually, now fiancé,” Moss excitedly corrected herself), Saturday Night Live star Fred Armisen. “It happened just a few days ago — you’re actually the first press person I’ve told this to,” she told Kathy. “It’s private, so I don’t want to share the details of how it happened, but I will say it was perfect.” "

Note - Elisabeth Moss is a Scientologist.

On Nov. 22 I reported that Germany dropped its pursuit of a ban on Scientology. This may have seen as the outcome of a decade long decision, and some even speculated as to whether this lax attitude may have been in exchange of Cruise positive portrayal of German resistance in his recent film Valkyrie.

I now find out that the origin of this attempt to ban the movement is not decade long. It was initiated exactly on Friday Dec. 7, 2007. The article even mentioned "autumn of 2008" as a deadline, which corresponds to the Nov. decision above.

What is more, it can be seen from the article that back then already, politicians and Government agencies spokesmen warned that they may not fin enough evidence to ban the movement.

It remains true, however, that the lack of evidence mentioned in 2008 does not date back to 2007 but is the result of a decade-long observation by the Agency for the Protection of the Constitution (the equivalent of the British Special Branch). The specific intention to ban Scientology, however, was only about 1 year-old when it was killed in the egg.

Another act of discrimination towards Scientology by the German authorities. Government agencies have no business using public resources to take side in controversies regarding matters of personal beliefs. Of course, in Germany, given the anti-Scientology atmosphere, it isn't going to be an issue, but it still is improper and would be illegal in many other countries.

the poster doesn't mention [Cruise]. It only says that local officials see 'a possible danger to democratic society' in the 'increased activities of Scientology in this district.'"

Update Jan 27: The Telegraph claims the poster is the result of a campaign over fears Valkyrie will boost membership in the CoS: