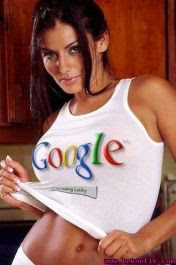 In the United States, Barack Obama came in at No. 1.

In search queries prefixed by the words "what is..", "What is love" tops the list, while Scientology is sixth.

I doubt the prank pulled out by Anonymous in July to put "Scientology is a cult" on top of the supposed search list had much an effect in this context, since the stats are drawn out of the whole year and, in this category, pre-fixed by "what is..". I blogged about this prank here and here.

PS - Metro.co.uk reports that top of the "how to" questions on Google this year is "how to draw", while web-users have also been typing "how to kiss" into their Google search boxes on a regular basis. The web site then proceeds to offer a titiling video of two girls embarking on a mammoth lesbian snogging session in order to teach watchers how to French kiss.

PS2 - Check also http://www.google.com/intl/en/press/zeitgeist2008/mind.html for a more detailed info about the top searches. I observe among other things that Isaac Hayes is 4th on the Fond Farewells category. Interestingly as well, Miley Cyrus is 5th on the Who Is category. I never heard of her until I learned she was the co-star of the new (doubling voice only) Travolta movie.